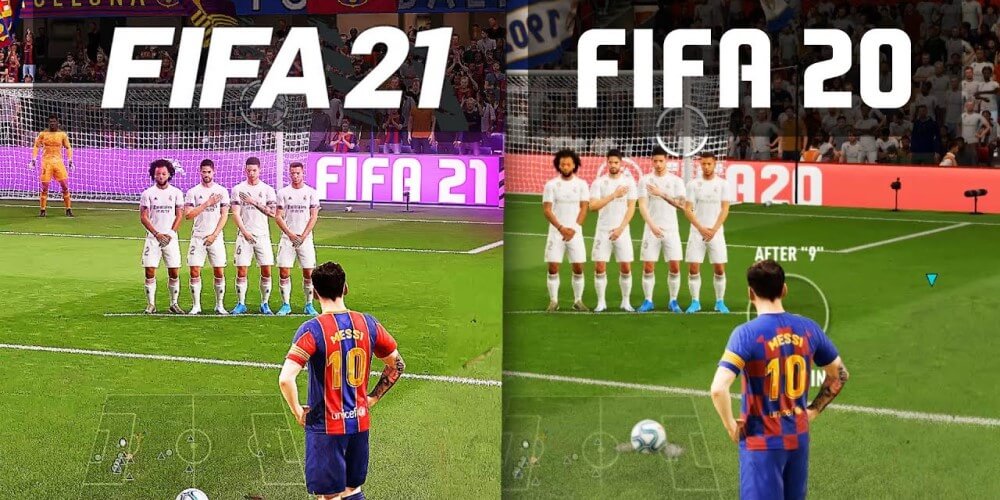 As soon as EA released the latest FIFA version in November 2020, thousands of gamers in different parts of the world had started playing it. How did one game gain this magnitude of energy and attention? This would only be traceable to its ability to get better with every new upgrade. Below are some ways in which the latest version of FIFA is better than the rest.

Unlike in the previous versions of FIFA, EA put speed into consideration. In FIFA 21, a shorter time is allocated for pre-match build-ups, replays, and celebrations. The walk back animation that was previously available when a player scores a goal while playing online has been scrapped. Also, jumpcuts performed when a ball misses the net during a corner kick or throw is now shorter. This is an essential modification as prolonged extras can feel frustrating.

Unlocking a defense has been a major challenge for players in the past. Gamers understand the importance of triggering runs to break free from a defense. Previously, players could only make vertical runs, which was done by holding down L1/LB. With the introduction of dynamic runs in the latest version of FIFA, players can make diagonal runs. This feature also gives gamers adequate control of their players. For instance, a player can take the ball from a team member, rather than just slipping past.

The new FIFA version offers a smart-looking ground for you to begin playing in the Ultimate Team. As you progress, you can change every item in the stadium to suit your taste. You can further improve the architectural design of the stadium to meet the ideal space you need.

FIFA 21 has a feature called agile dribbling. It is a form of ball control where players can slowly hold down the ball between their feet when playing. This is an incredible improvement from what was obtainable in previous editions, face-up dribbling. When faced by a defendant from the opposite team, agile dribbling comes in handy to carefully dribble your way out. This feature works even better with players that have high dribbling stats.

The FUT co-op feature is an awesome, new feature that allows a gamer to team up with another gamer to play against an opponent. Gamers have to invite a friend who is online to pair with them. They can both play together against a co-op, which the system will randomly choose in a squad battle, division rival, or friendly match.

EA introduces new, fascinating icons to the latest version of FIFA Ultimate Team to grab the interest of gamers. Gamers can include some football legends on their squad. Though the previous version of FIFA had several icons, new interesting ones have been added to the collection like Samuel Eto’o and Eric Cantona. This makes the total number of FIFA legends round up to 101.

This version comes with upgrades that make it better than its predecessor. EA keeps gamers interested with mind-blowing features, hence keeping the game as the most prominent game globally. This article contains six ways in which the latest version of FIFA is better than the rest.

The Journey From CRT to OLED and The Future

Fortnite – How to Get Hulk Smashers Pickaxe